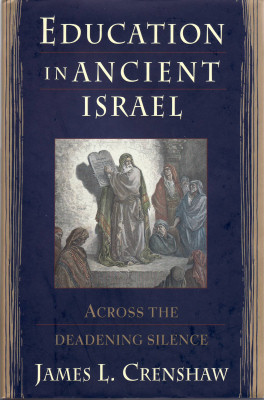 Education, for the people who lived in the biblical world, was more than a simple matter of memorizing information and passing tests. It was a search for the hidden plan and presence of God.

In this groundbreaking new book, distinguished biblical scholar James L. Crenshaw investigates both the pragmatic hows and the philosophical whys of education in ancient Israel and its surroundings. Asking questions as basic as "Who were the teachers and students and from what segment of Israelite society did they come?" and "How did instructors interest young people in the things they had to say?", Crenshaw considers the institutions and practices of the ancient Israelite educational system. He also examines the beginnings of literacy in the Ancient Near East, explores how Israel and its neighbors made the transformation from an oral to a written culture, and explores the literary works that constituted the canon of this distant culture.

According to biblical texts such as Ecclesiastes and Proverbs, knowledge was gained not only by means of patient observation and listening, but also as a gift directly from Wisdom, the feminine incarnation of the divine. Drawing upon a broad range of ancient sources, including the Instruction of Anii and the Papyrus Insinger, Crenshaw examines this religious dimension of education in ancient Israel, demonstrating how the Israelite belief in divine revelation transformed the practice of teaching and learning into the supreme act of worship.