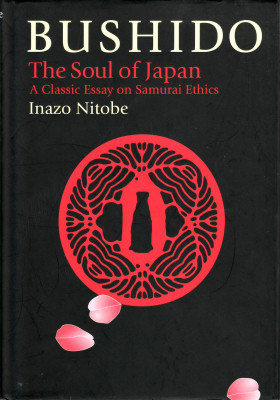 A century ago, when Japan was transforming itself from an isolated feudal society into a modern nation, a Japanese educator queried about the ethos of his people composed this seminal work, which with his numerous other writings in English made him the best known Japanese writer in the West during his lifetime.

He found in Bushido, the Way of the Warrior, the sources of the virtues most admired by his people: rectitude, courage, benevolence, politeness, sincerity, honor, loyalty and self-control. His approach to his task was eclectic and far-reaching. On the one hand, he delved into the indigenous traditions, into Buddhism, Shintoism, Confucianism and the moral guidelines handed down over hundreds of years by Japan's samurai and sages. On the other hand, he sought similarities and contrasts by citing not only Western philosophers and statesmen, but also the shapers of European and American thought and civilization going back to the Romans, the Greeks and Biblical times.

This book is a classic to which generations of scholars and laymen alike have long referred for insights into the character of the Japanese people. And all of its many readers in the past have been amply rewarded, as will be all those who turn to its pages in the next and future decades.