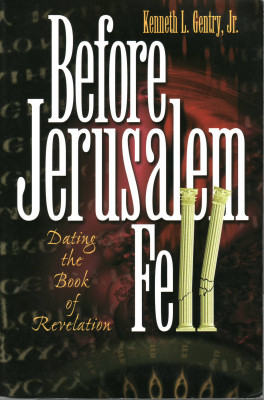 What does it matter when the book of Revelation was written? Much more than one might imagine! In fact, this seemingly obscure historical detail has become the central focus in the debate over Bible prophecy. The ramifications of the debate reach far beyond the theoretical. When Revelation was revealed to John and written down for the Church to read and understand, it had an immediate impact. Christians were about to witness one of the most devastating judgments in history – the destruction of the Holy City of Jerusalem.

For centuries scholars have argued over when the Book of Revelation was written – before or after the destruction of Jerusalem in A.D. 70. The most accepted but not the most compelling date is around the time of Domitian, at the end of the first century when John would have been nearly 100 years old. A more compelling date for the writing is during the reign of Nero Caesar, just a few years before Jerusalem's destruction at the hands of the Roman commander Titus.

The evidence for this conclusion is found within the pages of Scripture. The Bible itself tells us when the Book of Revelation was written. We do not have to depend on people who wrote a hundred years or more after the fact to get the accurate story. God's own Word sets the record straight. Through careful and painstaking work, Dr. Gentry deals with all the evidence. He weighs all the arguments.